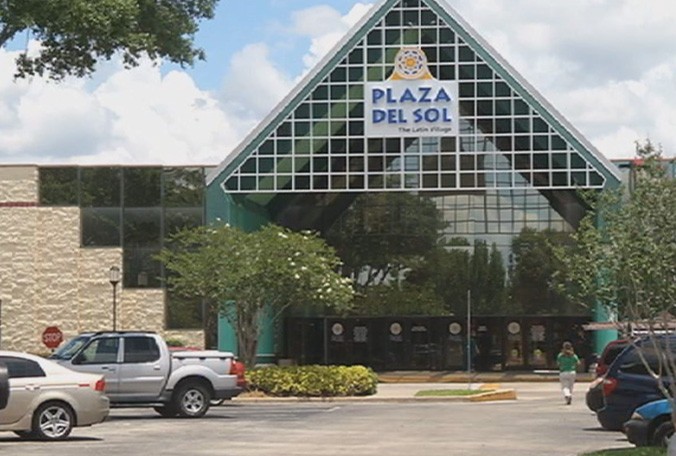 KISSIMMEE -- An old mall in Kissimmee has gotten a face-lift; all in hopes that this new design will help boost the economy in Osceola County.

We spoke with business owners at the Plaza Del Sol, to find out why the mall's reconfiguration will work best for them.

“That’s always been my goal my dream to have a place where people could get their comic books, get their toys, a place where they could chit chat for a little bit,” said Gamalier Castillo, owner of World Of Comics

But for three years, Castillo had a difficult time finding the right place for his World Of Comics.

previously known as the Osceola Mall, owners  introduced a new concept, one where small business owners could rent small spaces to sell their products.

“We have very affordable rents for those entrepreneurs who want to start, expand or explore the retail concepts,” said Plaza Del Sol Spokesman Arturo Adonay.

These stores are just a few of the 40 different small businesses already moved in here at Plaza Del Sol. Officials say there is a waiting list for many other small businesses who want to move in.

Designed to feel like a Latin market, Plaza Del Sol’s concept is designed to appeal to everyone in the community, especially the Hispanic community in Osceola, which makes up about 40% of the county's population.

And while these new businesses have just opened their doors, Plaza Del Sol hopes to have a huge economic impact.

Already 100 jobs have been generated, and eventually the hope is more people will visit the area and these businesses may be able to open their stores on their own property.

“I hope that this is my first step. I have the dream of owning a big store. I would like to open a standalone store. But you have to start off somewhere,” said Castillo.

Plaza Del Sol will have a grand opening this Saturday where many of the businesses will be able to open their doors for the very first time.