Bayshore's management team is experienced and focused on finding and capturing opportunities in the real estate, hospitality financial services and technology sectors. 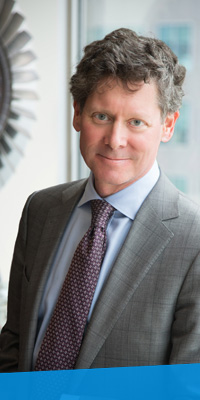 Under Henry’s leadership since 1995, Bayshore has delivered exceptional returns to its investors. Henry has extensive experience in the creation, growth and profitable divestiture of businesses. Formerly, Henry practiced law at Osler Hoskin & Harcourt, one of Canada's premier corporate law firms, where he specialized in complex structured finance transactions.

Henry currently serves on the boards of the Canadian Jewish Political Affairs Committee (CJPAC), the University Hospital Foundation, the UJA Federation Community Advisory Council, the Faculty of Law University of Alberta Advisory Committee and has served on the boards of Hillel of Greater Toronto, Baycrest Foundation, United Jewish Appeal of Greater Toronto, United Israel Appeal of Canada and is a Co-Founder of the Autism Acceptance Project. 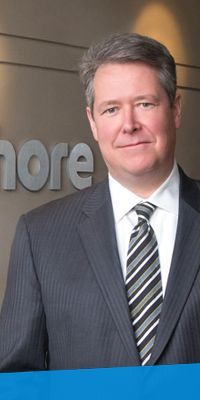 As President of Bayshore Capital, Andrew has been responsible for the establishment and growth of numerous business ventures in the real estate, financial services and technology sectors.

In 1995, Andrew was instrumental in helping Bayshore Trust emerge as the world's first interactive, on-line financial product provider. Andrew was also the managing executive behind i|money, which he co-founded in 1996. Under Andrew’s direction, i|money became Canada’s leading personal finance portal before it was acquired by Quebecor. Andrew also directed Bayshore’s acquisition and development of both RPM Technologies Corp. and Nationwide Credit, Inc.

Andrew has also been active in Armel Corp, the real estate development arm of the Bayshore Group of Companies. Andrew oversaw the restructuring and divestiture of several regional shopping centers owned by Armel, as well as the successful acquisition and development of Armel’s largest planned community initiative in Ontario.

Prior to joining Bayshore, Andrew practiced law with the firm Osler, Hoskin & Harcourt, a leading Canadian law firm based in Toronto. While at Oslers, Andrew specialized in banking and commercial real estate transactions law. He has extensive experience in real estate acquisitions and dispositions, project financing and development and commercial leasing.

Andrew received his Bachelor of Commerce from Queen’s University, Kingston in 1987 and his law degree from the University of Toronto in 1990. 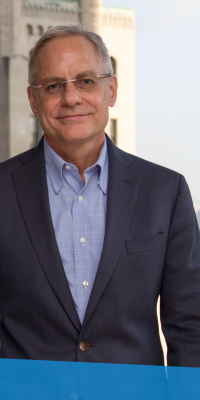 John has a broad knowledge of the business from over 40 years managing construction and at-risk development projects.    He has held direct responsibility for over $2b in at-risk development of hotels, restaurants, commercial/retail, casinos, and entertainment venues.

With experience establishing development controls for global entertainment brands, and in balancing the process-orientation required for project controls with the leadership ability needed to drive diverse development teams, John brings a high level of organization to the Bayshore management team.

His experience is grounded with a degree in civil engineering, then managing at-risk commercial construction for McCarthy Company, followed by leading development projects for Lincoln Property Company.

Bill is actively involved in executing the Bayshore Group’s strategy to develop a portfolio of Hispanic-centric community shopping malls. Bill is a CPA, CA who has had a successful 30-year career holding the roles of CFO, COO and CEO in a variety of sectors including financial services, wealth management, professional services and mining. Bill has significant real estate experience which spans more than 15 years as a corporate real estate lender, as the Chief Operating Officer of a 6.5 million square foot retail shopping center company as well as other related roles. Bill is experienced in real estate leasing, property and asset management, zoning and development, construction, acquisitions, dispositions and restructuring. He has developed and managed a wide variety of property types, with an emphasis on retail commercial properties.

Bill has also been the COO of one of Canada's largest international and business law firms, served as the CEO of one of Canada's premier wealth management firms, twice being recognized as one of Canada's 50 Best Managed Private Companies and held C-level roles in businesses in Canada and abroad, particularly in Africa,bringing a depth of operating, financial and strategic knowledge and experience.

Bill received his Bachelor of Arts from Victoria College at the University of Toronto in 1982 and his CA (now CPA, CA) designation in 1985 while at Coopers & Lybrand (now PwC). He is an active member of the World Presidents Organization, part of the Young Presidents Organization, he has served on several charitable and fundraising boards currently including Healthy Minds Canada. He is a recent Finisher at the Ironman World Championship in Hawaii.